Roche Harbor, Romantic Gateway to Yachting in The Pacific Northwest

Roche Harbor, a seaside town seemingly frozen in time charms with old-fashioned gardens, poetry-laced white-washed wooden rose arbors, and turn-of-the-century Hotel de Haro. It’s no wonder that a summer weekend will find you stumbling upon fairytale weddings here, set in the center of what used to be a former company town.

The Haro Strait, where San Juan Safaris cruise for amazing Whale Watching Tours, divides the United States and Canada and is named after Captain de Haro, the first European explorer to sail the Salish Sea over 200 years ago. This began the history of Roche Harbor. For years before the California Gold Rush the Hudson’s Bay Trading Company established a presence here. But the British weren’t the only ones interested in San Juan Island, so were American’s migrating west.

Three years before the Civil War, the soldiers based at American Camp and English Camp almost broke out into war over a pig that rooted around in the garden of an American and tried to eat his potatoes. During the conflict, lime deposits were discovered above the harbor and claimed by Lieutenant Roche, of the Royal Marines.

There are many stories about who discovered what and when, but the popular story mentions how Roche sought to keep his soldiers occupied and became the first to mine the lime. It wasn’t until after the Civil War that the British left San Juan Island after the two countries sought arbitration over the “Pig War” by Germany’s Kaiser Wilhelm.

A few years later, Robert and Richard Scurr started the lime and cement company here but there wasn’t a town until a Tacoma lawyer named John S. McMillin negotiated a claim to the property after the richest and largest deposit of lime had been discovered. It would become high in demand as buildings in the west constructed of brick with lime mortar began to replace wooden structures easily consumed by devastating fires of the late 1800s.

McMillin built the 19-room Hotel de Haro on the original Hudson’s Bay Post and the company town grew up around the beautiful white, wooden structure. Visit the old church and even stay in some of the century-old company houses during your stay here. Fun day trips and include visits to the old American and British Camps which frequently have cultural events great for families.

Cruising into the harbor today finds the cliff overlooking the harbor and preserved limekilns crowned with a Harry-Potteresque castle-like mansion, created by a Disney architect commissioned by a San Francisco businessman.

With nearly every balcony on land and fly bridge at sea draped the old-fashioned way with red, white and blue banners you will enjoy a patriotic sunset dinner and cocktail at the veranda of Madrona Bar & Grill. With a great view of “Colors,” a flag ceremony that occurs every night at sunset. The town’s polished, tan young people turn out in matching polo shirts and shorts to salute and stand in silence for Taps before marching to the national anthems of Britain and the United States as the respective flags are lowered, then systematically folded when a cannon sounds at sunset.

One of the joys of here is witnessing almost every yacht in the harbor blowing their horns in response to the cannon shot. Something of a sense of the history of the days of sail hangs in the air in that moment––as much a tie to the historical stakes here, as it is a call to stay ever-present in each indescribable, breathtaking sunset over Roche Harbor.

Conveniently located at the harbor, the enchanting Haro Hotel was once a boarding house and mess hall. Only six of the suites have ensuite bathrooms, the other rooms accommodations offer a wash basin and shared bathroom facilities.

Harborside historic company cottages on a grassy knoll are conveniently located by a pool, great for pets and families. McMillin Suites are housed in an old home on a bluff above the harbor with all the extras and romance you’d expect.

Only an eight-minute ride from Roche Harbor, stay at the location that coined the term “glamping.”

The town has everything you need, which is why it is such a winning destination for boaters and sailors. A grocery, hardware, bakery, bookstore, coffee, etc. Get wonderful ice cream outside the grocery store at Beechtree Espresso and Ice Cream where you will have a hard time deciding on just one flavor.

Fine dining served up with stunning views of the harbor and a cozy fireside bar. Specialties include a 40-day aged prime rib and local seafood.

If you want a lamb burger and fries and Americana dining al fresco you will love this little gem. The place to see and be seen.

Best place in the harbor for early morning coffee and donuts, breakfast and lunches here are reasonable and convenient for a quick stop before exploring or just a quick respite from the water.

A fabulous bayside outdoor restaurant is only open for select hours where BBQ oysters are featured on weekdays. A seed-to-shuck aquaculture farm, the experience features a stunning panoramic view of Westcott Bay and some great local wines.

BEST OFF THE BEATEN PATH

Take in a bit of the mystical and historical with an easy hike over the hill from the harbor to visit the McMillin mausoleum, conceived as a memorial to his family. The structure nestles in the woods and provides some stunning vistas of the water through the trees. A tranquil, eerie spot where you will find large, not surprisingly concrete columns surrounding a circular concrete table surrounded by several seats. A missing seventh chair around the table and a column constructed to look broken are symbols of the unfinished work of man on earth. There’s plenty of Mason symbolism here for those in the know. A fabulous way to view the storied sunsets of Roche Harbor and get a window into the complicated past of John S. McMillin who’s ashes are interred here, at rest with many family members even though aspects of the monument caused many divisions within his family. 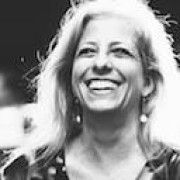