2018 marks the 70th anniversary of the iconic Silverstone Circuit, home of the British Grand Prix. Accordingly, some major celebrations are in order for the Formula 1 2018 Rolex British Grand Prix—slated to take place July 5 – 8, 2018. If you’re headed to Silverstone to partake in the festivities and to witness the world’s best drivers battle it out for glory during the 10th round of the 2018 FIA Formula One World Championship, then a Rolex Cosmograph Daytona chronograph is in order.

Not only is the Daytona the quintessential luxury chronograph to own thanks to its instantaneously recognizable silhouette and impressive mechanical movement, Rolex will be the Event Title Partner of the British GP for the second year in a row. So there really isn’t a better option than the Daytona for the British Grand Prix. But which Rolex Daytona will you bring with you? Here are some fantastic options courtesy of Packouz Jewelers.

When Rolex unveiled the new stainless steel Daytona ref. 116500LN in 2016, it quickly became the most sought-after luxury sports watch of the year. This is the first steel Daytona model that comes equipped with Rolex’s famous Cerachrom ceramic bezel in black, which is not only scratch-resistant but impervious to fading too.

The black Cerachrom bezel engraved with a tachymeter scale sits atop the familiar Daytona Oyster case, measuring a very wearable 40mm and outfitted with a duo of chronograph pushers flanking the winding crown. The Daytona ref. 116500LN comes with the option of a sleek black dial with contrasting silver subdials, or a crisp white dial with black subdials. Whichever version of the Daytona 116500LN you decide on, this Rolex chronograph has already established itself as an icon in modern watchmaking.

There is an abundance of dial options with the yellow gold Daytona ref. 116518LN, including black, champagne, white, mother-of-pearl, and of course, diamond-set ones. The combination of gold and black is always a solid choice when deciding on a luxury sports watch, and the Rolex Daytona ref. 116518LN is one with style and substance.

If you can’t decide between steel or yellow gold there’s always the classic two-tone Daytona model. Bringing together robust stainless steel and precious yellow gold, the Rolex Daytona ref. 116503 has the best of both worlds. Rolesor refers to Rolex’s particular style of marrying gold and steel on the same watch. This particular Rolesor Daytona ref. 116503 was also released in 2016, alongside the new steel and ceramic Daytona detailed above.

It’s no secret that the Formula 1 crowd flaunts some of the most stylish spectators in sports today. And adding a Rolex Daytona to your Grand Prix wardrobe will undoubtedly rev up your style. 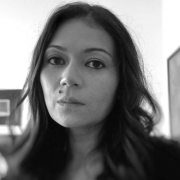