Everything You Need To Know About Milan Fashion Week Men’s

Being an epicentre of style and finesse, Milan comes alive during fashion week as connoisseurs congregate, models are seen off duty and stores and venues are packed out with events.

Check out the Camera Nazionale Della Moda website for the official schedule if you want highlights around the shows. Or if you want in on the action as they’re happening, you can head to the venues for a glimpse of those lucky ones who are entering.

Unlike other fashion capitals, Milan holds it’s name as being a hub of sustained fashion houses pushing trends forward as opposed to breaking the internet. Much like most Italian’s that like to dress conservatively, this is often conveyed on the catwalks and on the streets. Brands that create noise each season are; the king of Milan Fashion Week himself Mr Armani, Prada, Missoni, Ermenegildo Zegna and Versace. In recent years Gucci and Salvatore Ferragamo’s designs have interestingly shifted and this certainly gets people talking post catwalk too.

If you want to be seen, head to the fashionable corners of the city, the Quadrilatero d’Oro is filled with fashion royalty during the event season. Or, relax at one of the many designer hotels, such as Bulgari or Armani and enjoy an aperitif at their bar where you just might hear whispers from industry insiders.

Dressing well to Italians is a second nature; for them it’s not considered difficult instead a part of their lifestyle. However when the most well dressed people come to town once Fashion Week hits it’s important to keep your collar in check.

The fold of a scarf or the arm of a pair of glasses tucked into a ticket pocket, these details don’t go unnoticed on the streets of Italy. So what will you be bringing with you to Fashion Week?

The temperature in Milan can drop in winter so for the sake of being warm pack an overcoat. Show off your sartorial choices with this Navy Blue Heritage Coat from Brioni.

Nothing says a winter outfit more than a pair of good quality boots, our favourites this season are the black faux suede Chelsea boot from Lanvin.  A Chelsea boot is smart enough to show you mean business yet versatile for your evening parties.

To accessorise your daywear, a hat will make for a practical item that will too add texture and dimension. Christys’ London Melron Wool Flat Cap is simple, smart and versatile from day to night.

As Italian men dress relatively tailored, be sure that if you wear a suit the fit is impeccable. For a nation with an eye for detail, Milan Fashion Week is not the place you want lose threads or badly sewn seams. Ermenegildo Zegna never fail on sartorial dressing, their Navy Wool Check suit is collected, with a flair that grey and black suits don’t often have. Lastly, throw over their Body Warmer Field Jacket for an extra layer of warmth. 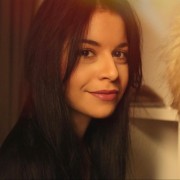