Struggling for much of the weekend, and trailing team-mate Nico Rosberg in Q3, Hamilton found another gear to easily claim pole. But on a weekend when President of Ferrari, Sergio Marchionne, said that the team needed to start winning they could only manage 5th and 6th position behind impressive drives from Red Bull’s Daniel Ricciardo and Max Verstappen.

MONTMELO, SPAIN – MAY 14: Max Verstappen of the Netherlands driving the (33) Red Bull Racing Red Bull-TAG Heuer RB12 TAG Heuer on track during qualifying for the Spanish Formula One Grand Prix666+

Mercedes set the pace in Q1 with Rosberg leading Hamilton after both drivers made only one quick lap to conserve their tyres.

On his debut with the Red Bull team, the promoted Max Verstappen looked comfortable and finished 3rd by edging out Ricciardo and both Ferrari’s.

The Williams driver of Felipe Massa was perhaps the shock elimination in Q1. The team seemed to release Massa into traffic on his quick-lap, and unable to turn the car around for another run, he could only manage 18th place.

“I’m so disappointed about what happened. I had traffic on my first run so I couldn’t do a clean lap. We didn’t have time to go out on another set of tyres. Traffic or problems on the lap can happen, but we still need to ensure we can react accordingly. It’s a long race tomorrow though, so we still need to aim to challenge for points.”

Both Sauber’s and Manor’s were also eliminated. And with rumors still circulating over his future, Renault’s Jolyon Palmer would have aimed higher than his 17th place.

Hamilton made an incredible improvement in Q2 and led Rosberg by a staggering six-tenths. Verstappen also kept his composure and continued ahead of his team-mate and the Ferrari’s.

Danii Kyvat would have hoped to deliver a strong qualifying session to send a message back to Red Bull following his demotion to their sister-team Torro Rosso. But he could only continue his poor qualifying record and will start in 13th place – a huge five places lower than new team-mate Carlos Sainz.

If Hamilton was looking to re-launch his season, he couldn’t have done it any more emphatically than in Q3.

He began Q3 by locking-up and running wide at Turn 10 during his hot lap. With Rosberg going on to put in a strong lap, Hamilton had to deliver on his final run and he easily redeemed himself by taking pole with .280 seconds.

And this result will be hugely important to Hamilton at a track where 19 of the last 25 winners started on pole position.

“I am really grateful to the team for working hard overnight to put the car in the right place for me to fight – and now it’s three poles from three for me when I’ve been able to do the laps in qualifying.”

Behind them, Ricciardo turned in a strong qualifying lap to finish four-tenths ahead of a highly impressive Verstappen.

“I’m happy, I didn’t expect to adapt to the car so quickly. I didn’t expect to be on the second row, so it’s a positive feeling. We are close to a podium and hopefully we can keep our positions in tomorrow’s race,” said Verstappen afterwards.

The Ferrari’s of Raikkonen and Vettel will start 5th and 6th respectively in a disappointing result on a track where overtaking is difficult.

“I didn’t expect to be that far off, especially because this morning we had a good rhythm,” reflected Vettel.

“I didn’t get hold of the car, I didn’t get the feeling that I had earlier today, and couldn’t nail the laps.”

“I think the gap to Mercedes is bigger than it has been all weekend.” 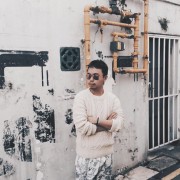