Both professionals cover a long-standing track record of successful yacht design involvement. Dick had spent nearly twenty years in the yacht design industry involved in projects where his role spanned creative design elements through to project management and Creative Director with Andrew Winch Design. His exemplary work went on to be recognised by the industry with a ShowBoats Design Award for the last project under the Winch wing, M/Y Surama.

Together Dick and Jonathan forge a team offering the ultimate in interior and exterior design thanks to a solid background in architecture, industrial, interior design and furniture design. The result ranges from ultra-lightweight engineered interiors to remarkably refined traditional exteriors.

The specialization of Rhodes Young Design is the inherent ability to involve absolutely everything from systems runs to space planning. As a team, notable awards have been won for M/Y Hetairos and Pumula with a ShowBoats Design Award and World Superyacht Award respectively.

In their own words, their philosophy is to deliver creative design that is driven by experience and passion to create true luxury yachts which are destined to become classics of the future. 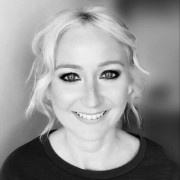 Natalia is a consummate luxury professional, and the owner of Bright Creativity Marketing and PR consultancy based in the south of France/Monaco. Natalia has gained a successful international track record in working with distinguished brands in yachting, private aviation, technology, bespoke interiors, haute couture fashion, realty and fine wines to name a few.