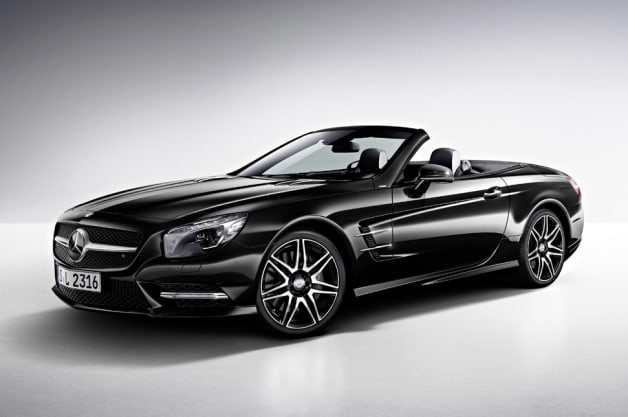 As one of the premier luxury droptops from Mercedes-Benz, the SL-Class has never been an inexpensive proposition. But the German brand is making it a little bit more accessible for the 2015 model year with its new SL400. The new entry-level model has quietly shown up on Mercedes’ consumer site, and pricing starts at $84,000, plus the usual $925 destination charge. While that’s still a lot of money, it’s a massive discount, ringing up at a whopping $22,900 less than the $107,825 SL550.

Thankfully, buyers don’t have to give up the optional luxuries that makes the SL special to get the cheaper model. The Air Scarf comes as part of the $4,900 Premium Package, Distronic adaptive cruise control is available as part of the $2,950 Driver Assistance Package and Benz’s clever dimming Magic Sky Control roof is a separate option for $2,500. If the idea of a Mercedes-branded folding hardtop convertible that gives up a little power for a lot less money sounds good to you, then you’re thinking like we are.