The Next Lamborghini is Going to be a Hybrid

McLaren, Ferrari and Porsche have all fielded highly fettled hybrid cars in the last few years. None of them are yet fully electric, but those days are also to be short-lived with the likes of the Rimac Concept One just around the next green corner.

Unveiling this new Lamborghini tarmac terror will take place at the Frankfurt Motor Show in September, while details are scant we know it’s likely to be based on the Terzo Millennio concept, which fittingly means ‘Third Millenium’ in English.

The design was a collaboration between Lamborghini and the Massachusetts Institute of Technology. You likely know them as MIT for short. First unveiled in November 2017, the Millennio made the rounds attending every major motor show to much fanfare.

Although the Terzo Millennio is a pure EV on paper, the technology isn’t quite there yet for a fully electric Lamborghini. The new codenamed LB48H is rumored to have the company’s mainstay – that glorious 6.5 liter V12 powering the rear wheels – but there will be an electric motor, or a series of them powering the front wheels, giving the new Lambo all-wheel drive when needed.

Combined power could well be around 838 BHP; a standard Aventador produces 690 horsepower so the motors would only have to generate a small amount of energy to get to that figure.

Sadly, only 63 units will be built. This is because Lamborghini was founded in 1963, and as with any of the super exclusive hypercars, they’re already spoken for.

Costing $2.5 million each, expect prices to increase drastically on the second-hand market as they did with the last exclusively supplied Lamborghini, the Veneno. Only three were ever built, and one surfaced for sale five years after it was sold new, for a cool $9.5 million.

Naturally, hybridization adds weight; it’s thought that the new Aventador replacement in 2021 will be roughly 440lbs, or 200 kg heavier than the current model, as Lamborghini look to add hybrid power to all of their product offerings. Another debut at Frankfurt is likely to be their first ever hybrid, a plug-in version of the Urus SUV.

It’s clear to see that we need to look after precious places on this planet that we love to explore, and with luxury brands making the change it’s only a matter of time before every car on the market is at the very least a hybrid. 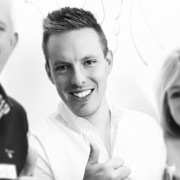 A freelance car journalist by trade I travel Europe attending launches and drive the newest metal on our roads.